Caravan of Love - Not Hate

More than four years after a white supremacist opened fire on a historically black church in South Carolina, lawmakers there are now arguing that the state needs its first law targeting hate crimes. South Carolina is one of only three states in the US that has no hate crime statutes, even after nine people were murdered at Emanuel AME in the summer of 2015. Since then, white supremacists have become more open about their views; violent hate crimes have been on the rise. Building Better Communities in partnership with SC State Rep. Dr. Ivory Thigpen, Richland County Sheriff's Department are teaming up to push our law makers into signing the Hate Crime Bill that hs already been introduced into law in 2020! Join us for this historic event. Save the Date! Complete details will be released in August of 2020! 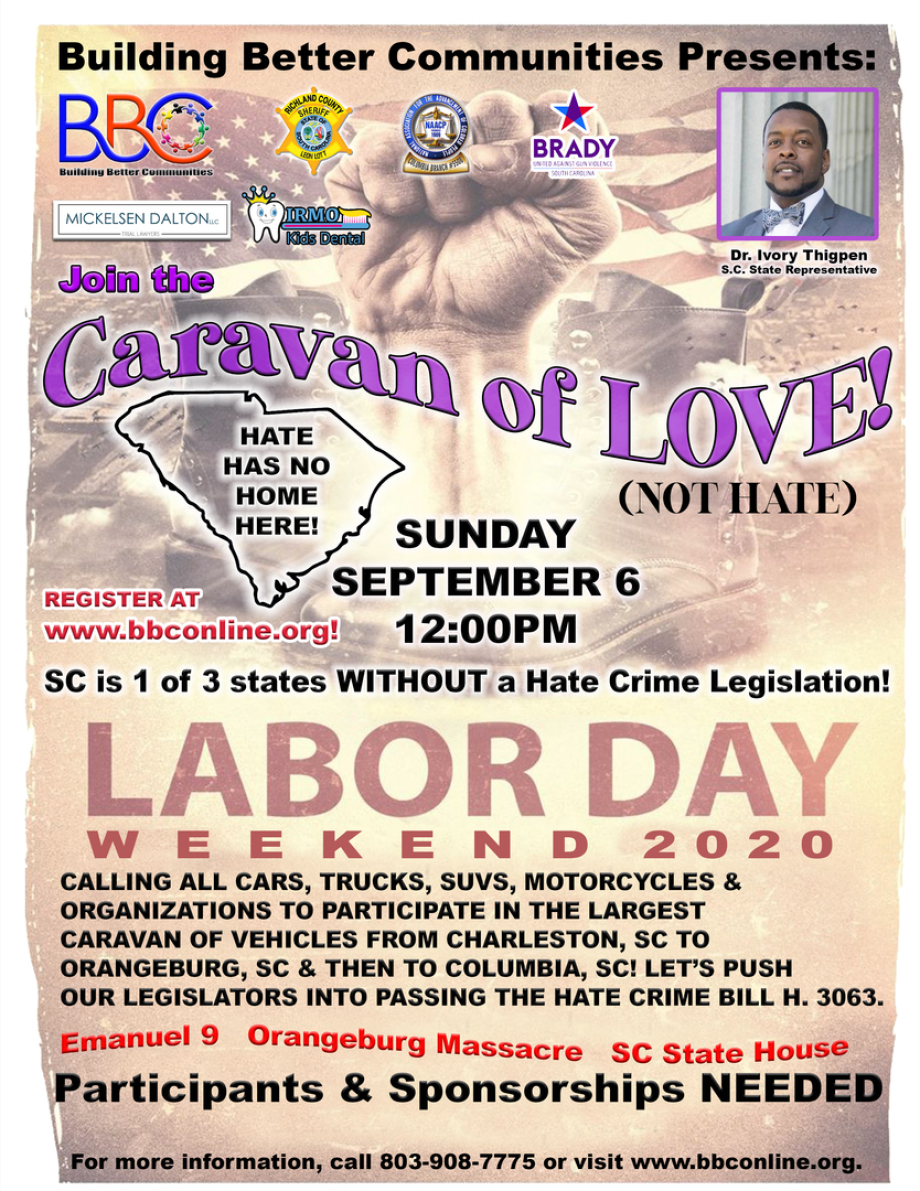 Bridging the gap between local law enforcement and our communities by providing the necessary tools required for them to become successful.

Gallery Want to see some of our latest events? Browse through our Photo Gallery.

Get Social with us

Recommend this page on: